2015 # INSTALLATIONS, OBJECTS
Resistance to the National Socialist Regime
Monument in Vorarlberg
November 2015, Sparkassenplatz, Bregenz
The monument commemorates the people of Vorarlberg, who denied or terminated obedience to the National Socialist regime of injustice. The display panel shows names and data of 100 individuals who stand for members of the resistance, conscientious objectors and deserters as well as citizens who have – despite prohibition – shown humanity to those persecuted and abused.

The data is based on the lexicon published by the Johann-August-Malin-Gesellschaft (Ed.) „Von Herren und Menschen. Verfolgung und Widerstand in Vorarlberg 1933–1945“, Fink’s Verlag 1985 [updated 2015] 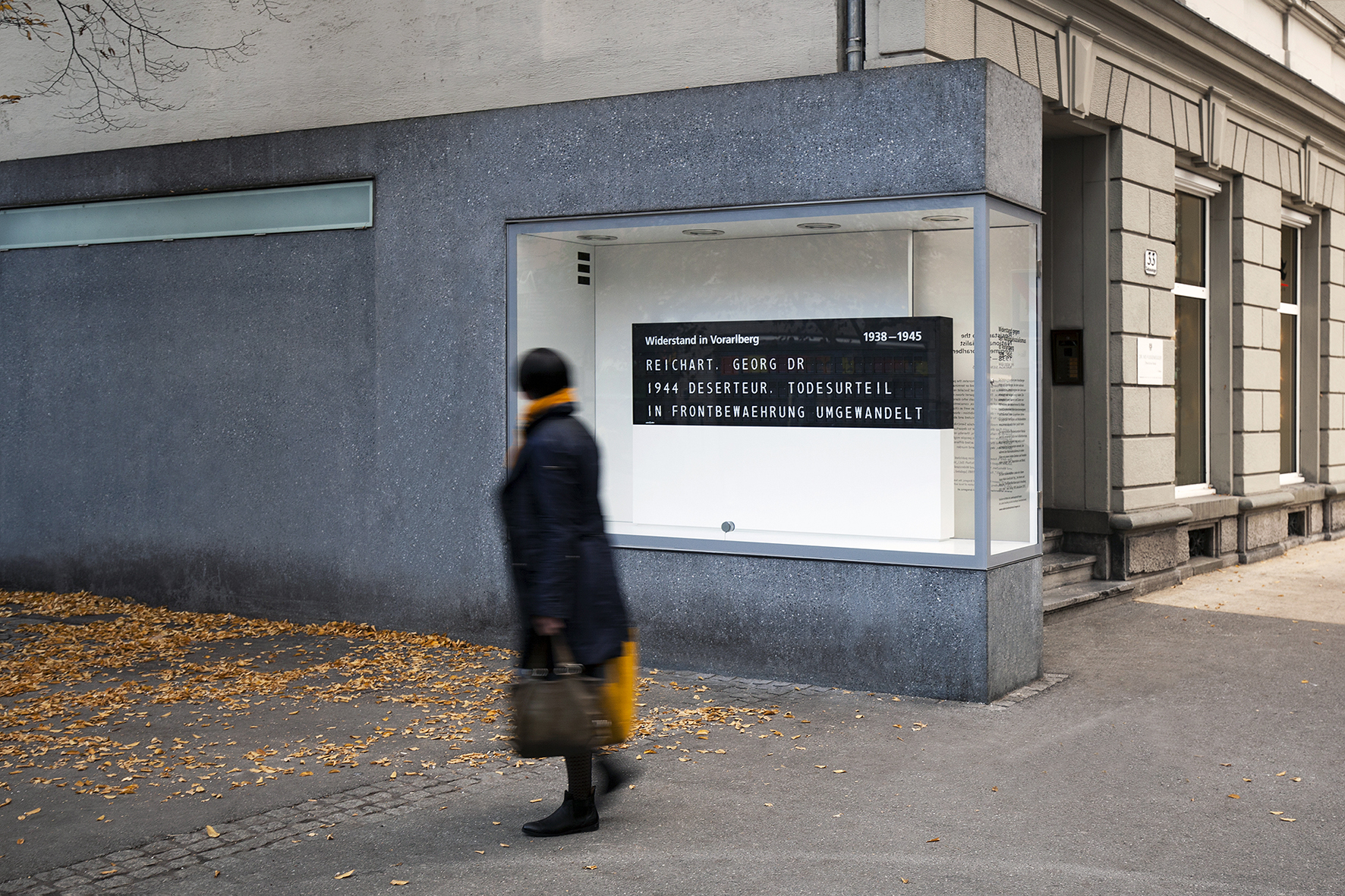 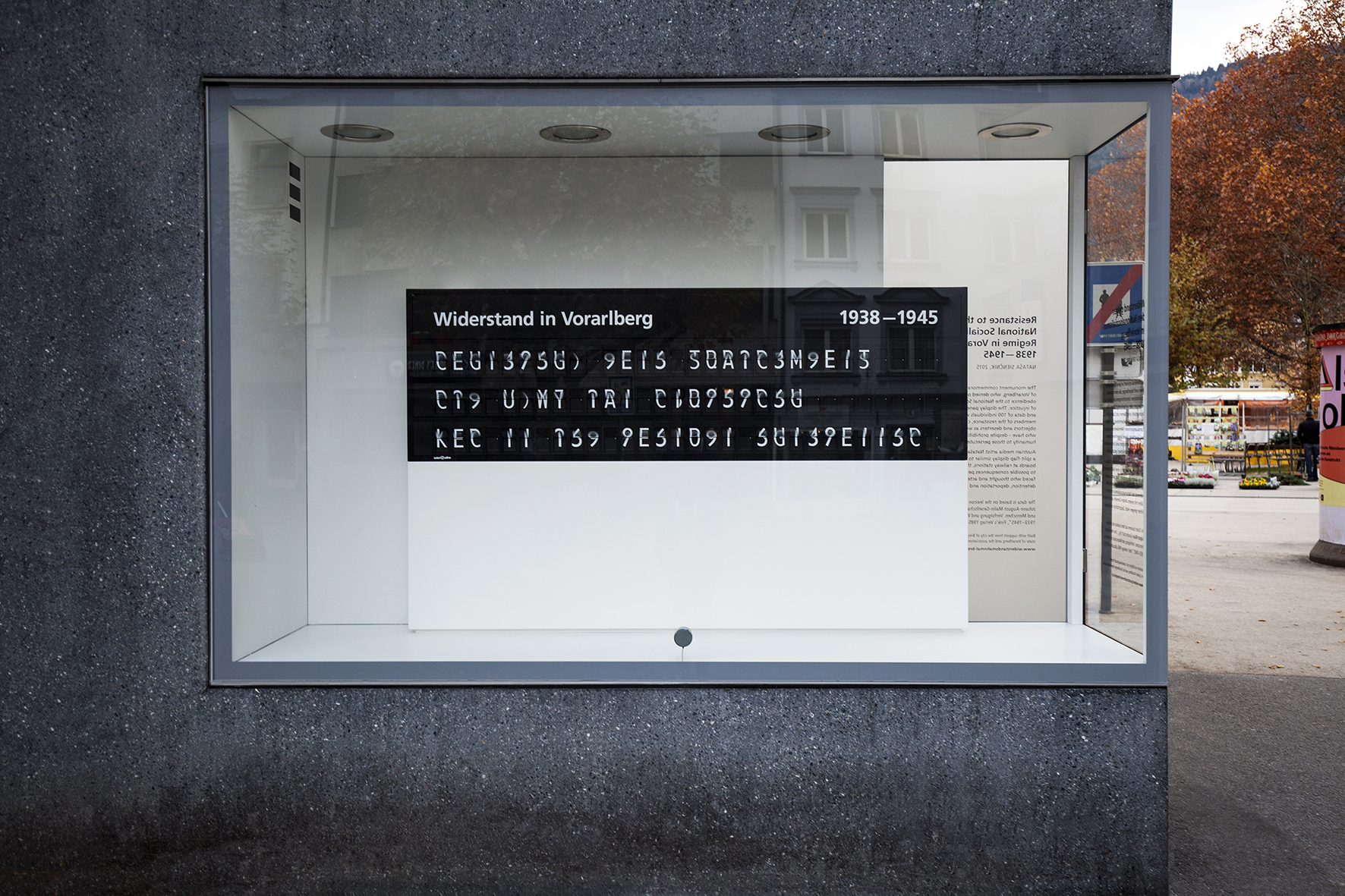 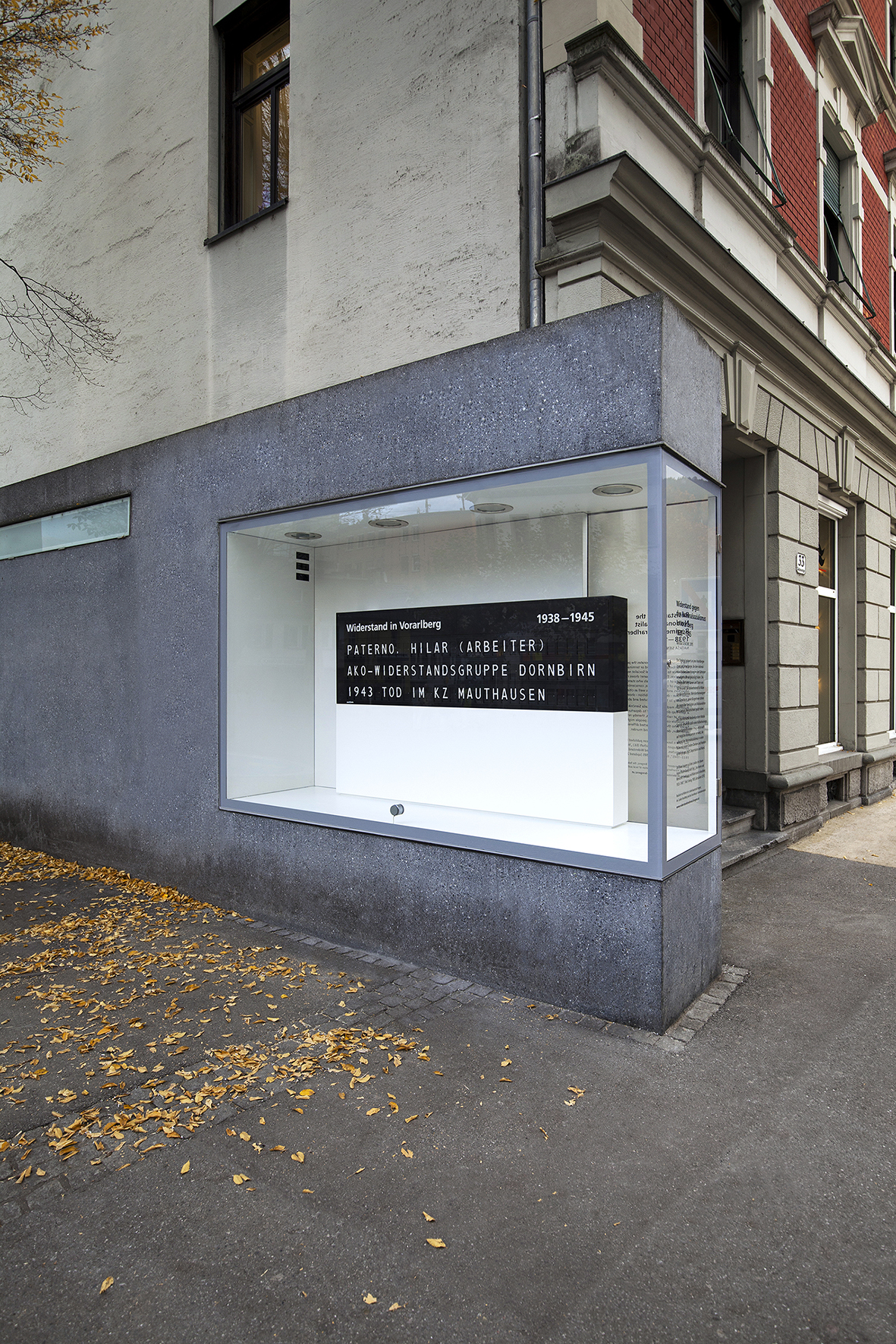 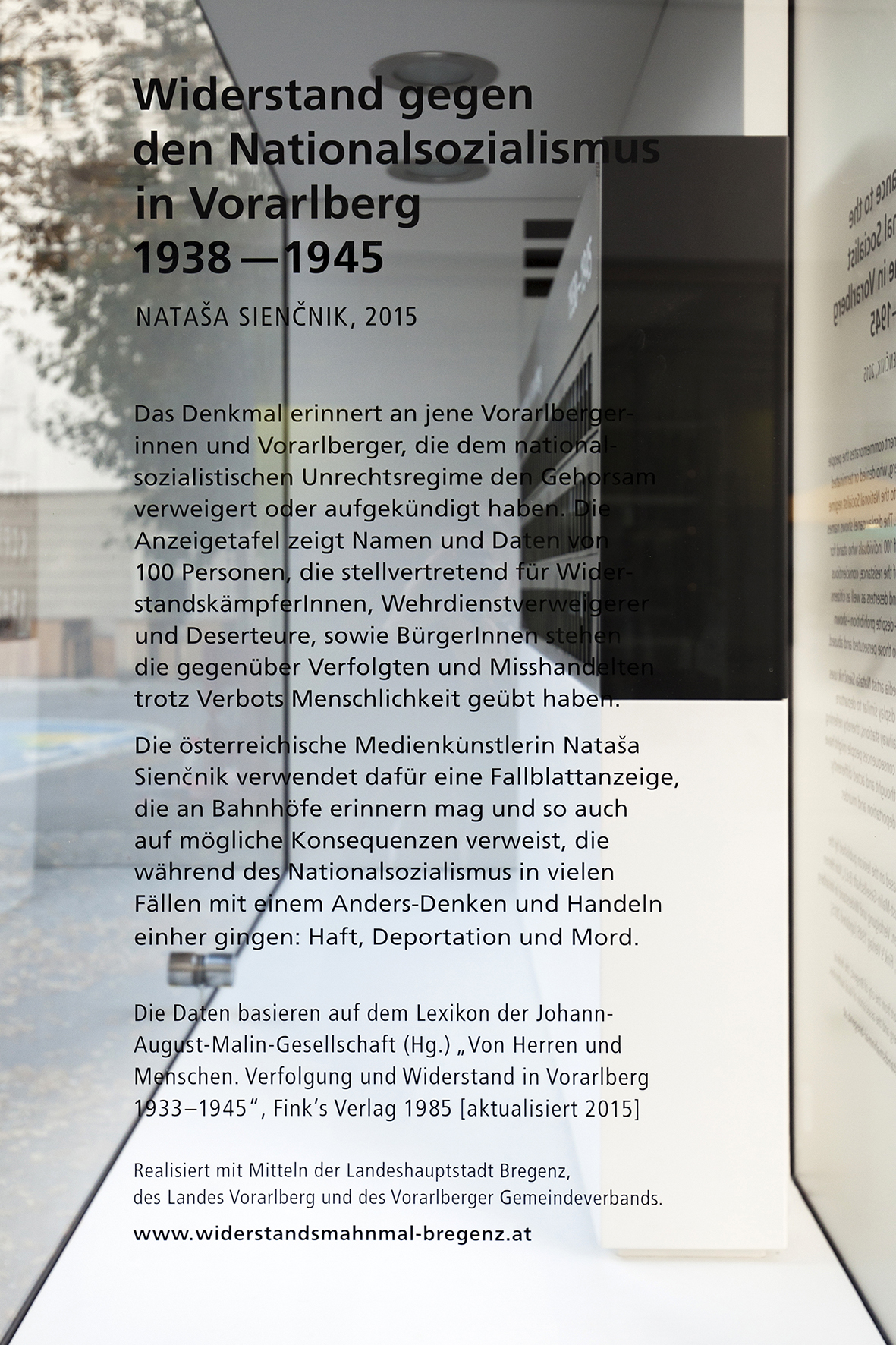 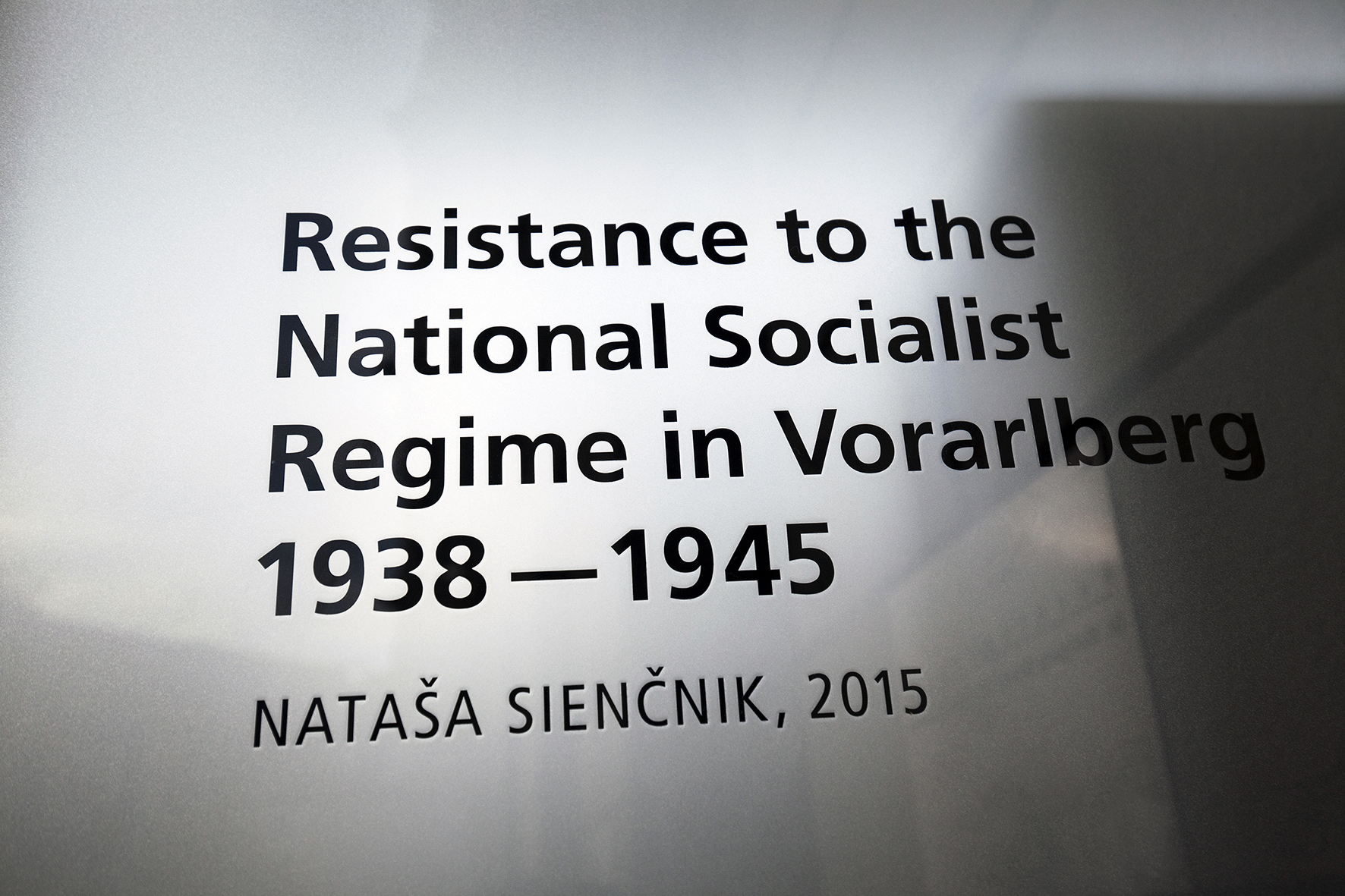