2011 # INSTALLATIONS
Time for Revolution
Piet Zwart Institute
May 2011, Interactive Installation
Inspired by both the current political struggles in North Africa and the supposed lack of public participation in Western societies, the installation of parallel clocks is monitoring the political activity according to Twitter in a selection of countries. Conventional world clocks are typically found in loci such as hotel lobbies or stock market halls, representing stand-alone heterotopias, yet displaying their undeniable dependencies and power relations. But instead of progressing in time simultaneously, the incoming tweets about revolution are the engine for driving the clock hand. While time is running faster in some countries, others seem to be in a static mode, providing both stability and stagnancy. Presented simultaneous and equal in their physical manifestation, some clocks indicate it is time for change in an infinite loop. 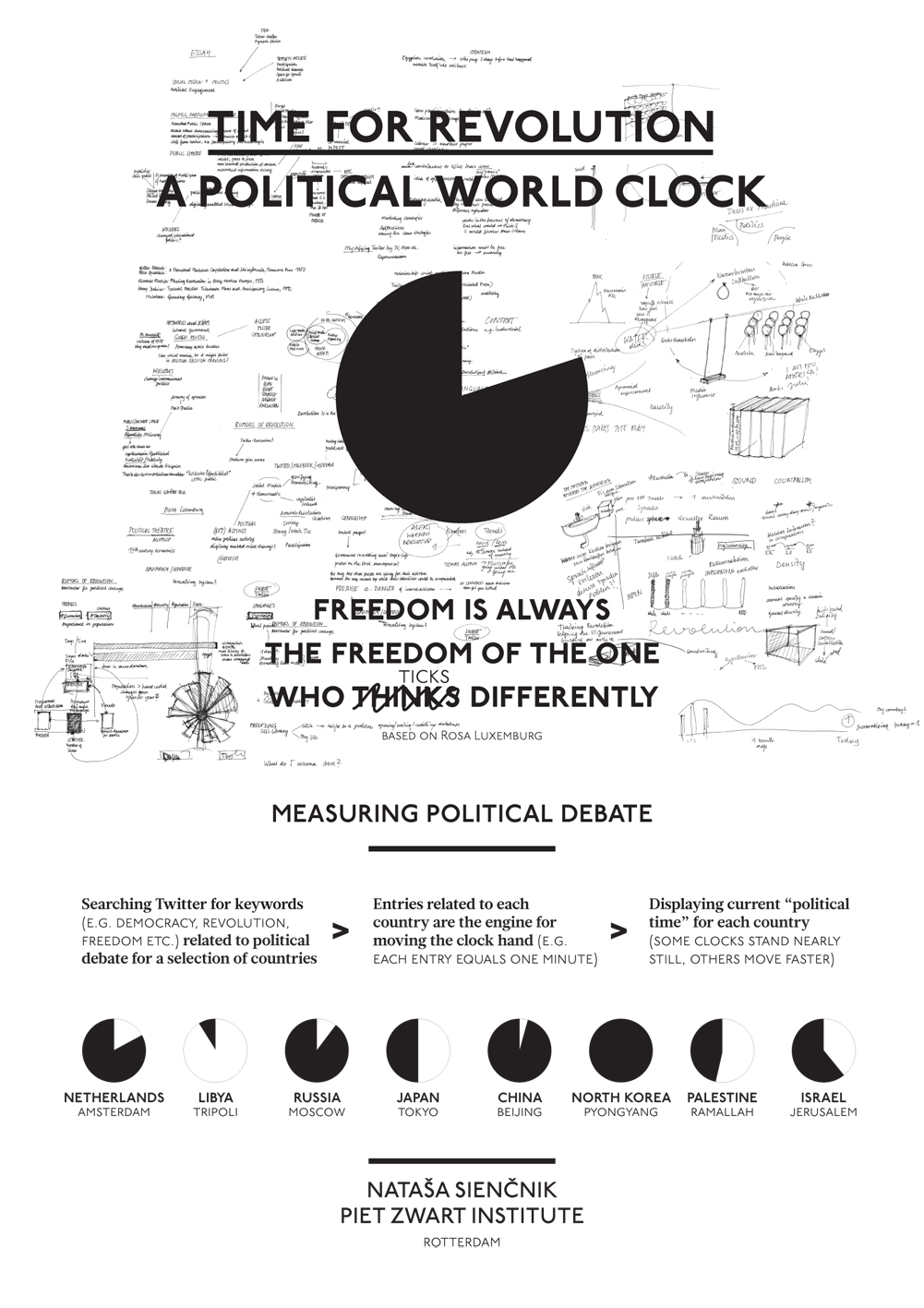 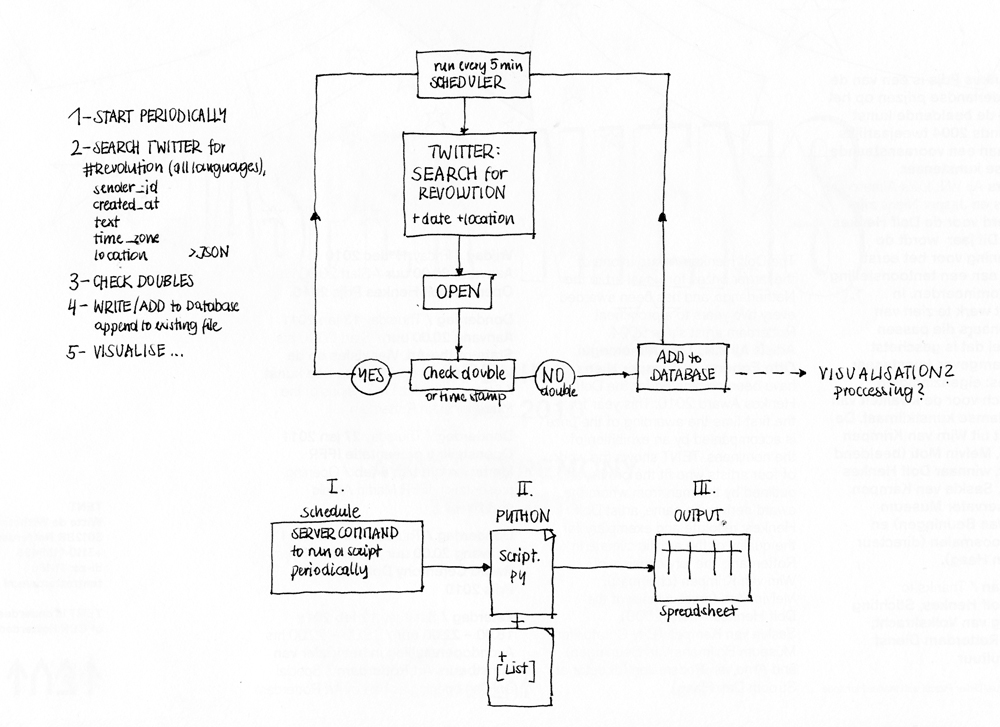