2010 # INSTALLATIONS, PHOTOS
Temporary Settlement
Tent installation in public garden
May 2010, Gerisch Skulpturenpark
An unknown settlement occupies a garden. Tents are visible, all of which have the same shape and are illuminated from within. The origin of these tents, however, is unknown. What remains is a spatial intervention with light and serial repetition. The work tries to create a new topography, but at the same time offers different views of modern nomadism.
The homogenous tent settlement is placed in an idyllic space outside its natural habitat, seems out of place. The intervention does not reveal its origin, but perhaps shows an abstract, wandering subject. The question remains whether we are confronted with voluntary or involuntary migration. Ultimately, the settlement disappears without a trace, just as quickly as it once entered the meadow. 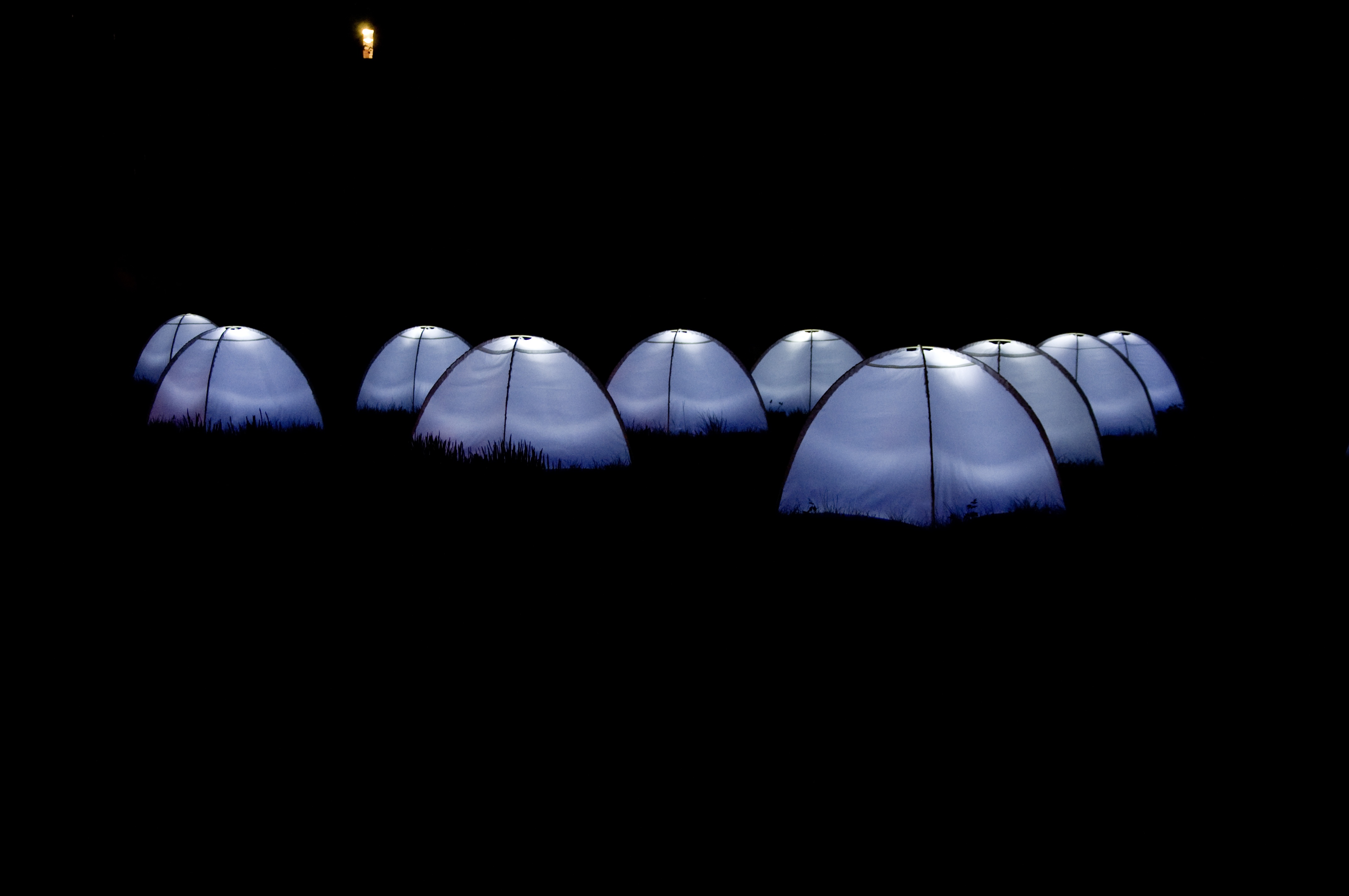 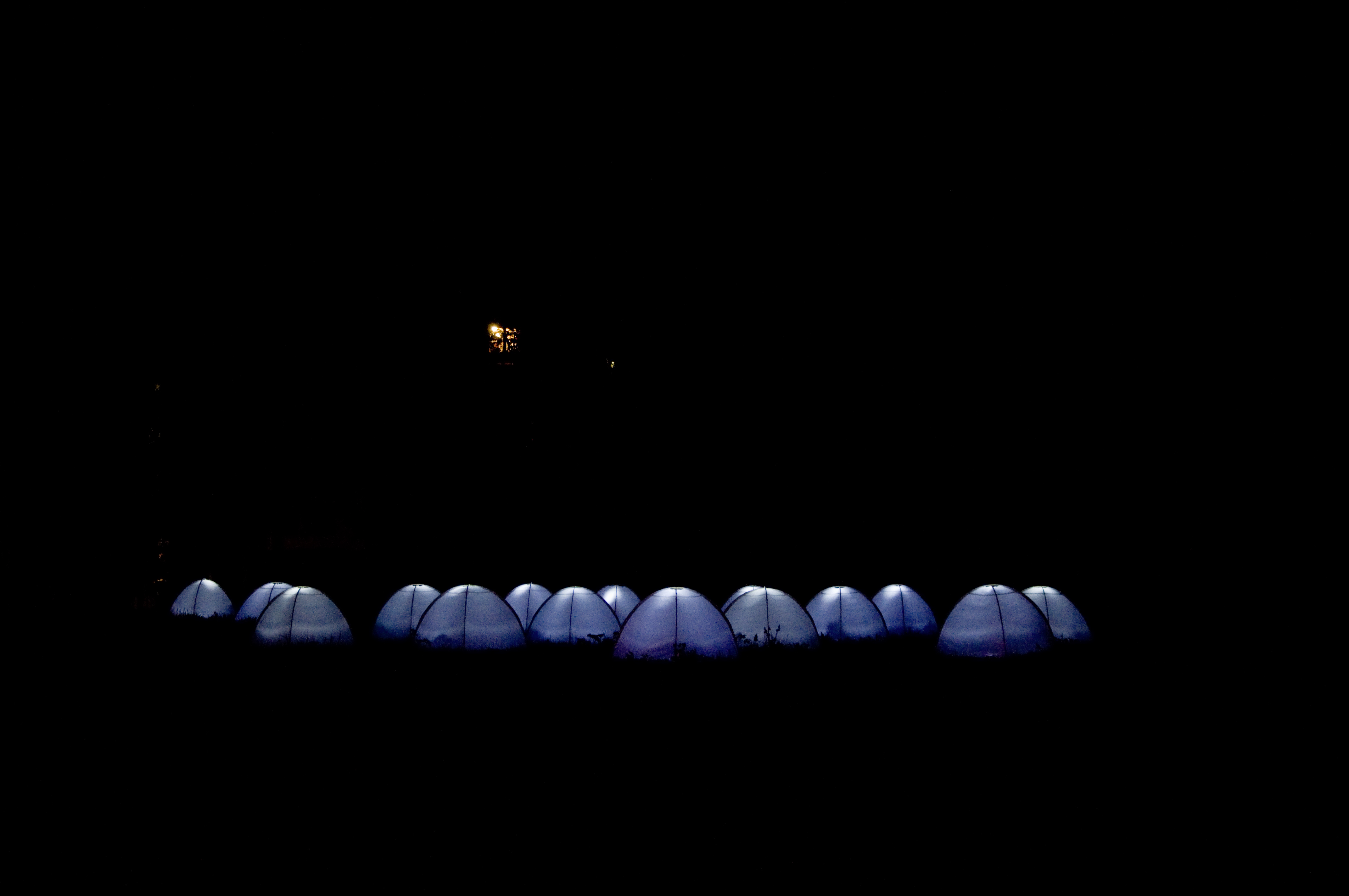